Today, we look back at an explosive hand from the popular partypoker Premier League. A televised poker series featuring some of the game’s best and brightest, head’s-up crusher Luke Schwartz showed the poker world his elite speech play as he maneuvered a hand with pocket jacks. With an aggressive shove accompanied by plenty of expletives, could Schwartz goad his opponent into calling with the worst hand?

From middle position, Schwartz elected to limp into the pot after looking down at J♠-J♥. Schwartz warned his eventual nemesis in this hand, David Benyamine, that if he was raised he would shove. Benyamine seemed to listen, limping as well with 6♥-5♣. It would fold around to poker pro Vanessa Rousso on the big blind, who would check holding 4♥-3♥.

Although this was before the “GTO Era”, the preflop play in this hand was still quite unique and perplexing. The obvious takeaway is Schwartz electing to limp with his premium pocket pair. Being the chip leader, Schwartz may have been trying to bait Benyamine into making an aggressive play to eventually spring a trap, but for the most part, it’s recommended to raise with your best hands.

Following a check from Rousso, Schwartz would execute a 30,000 bet. Ignoring additional table talk from Schwartz, Benyamine called with his newly paired five. Contemplating her options with an open-ended straight draw, Rousso also made the call.

With stacks being shallow at this point in the game, Rousso was wise to simply call with her open-ended straight draw. Facing a bet and a call with a junky draw that would have to fold to a lot of turn bets, Rousso was wise to exercise patience. Rousso could potentially have ripped it in, but if she thought the limping ranges of both opponents were strong, calling was likely the best play. 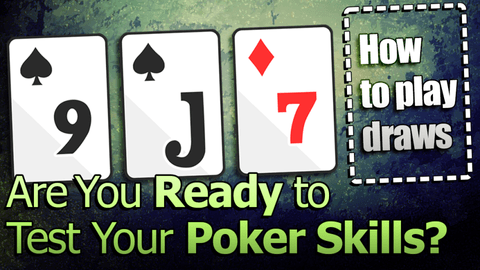 Following an additional check from Rousso, Schwartz would check as well, but not before warning Benyamine that if he were to bet, he would shove on him.

This didn’t seem to dissuade Benyamine at all, despite two players acting after him and only holding a paired five, Benyamine made a big 123,000 bet showing no fear. The chunky bet induced Rousso into folding her straight draw, but being a man of his word, Schwartz moved all-in. Benyamine had fallen into Schwart’s trap, committing 123,000 chips to a hand he was well behind in, but was he frustrated enough to call?

Examining Schwartz’s speech play, some poker players would insist that since he had verbally committed to shoving, he had to make the play after Benyamine made the turn bet. Despite the insistence from some players, there was no intensive requirement of Schwartz to back-up his statement. It is important to recognize that if it is not a player’s turn to act, any statement they make is never binding at the poker table.

Regardless if Benyamine knew this or not, he was smart enough to sense he was in trouble, laying down his worse pair after sacrificing a healthy amount of chips. Revealing he was ahead, Schwartz would storm off, creating a timeless clip often replayed over and over again by many poker fans. With Phil Hellmuth being at the table, you wonder if he gave the younger player props on his tirade abilities.