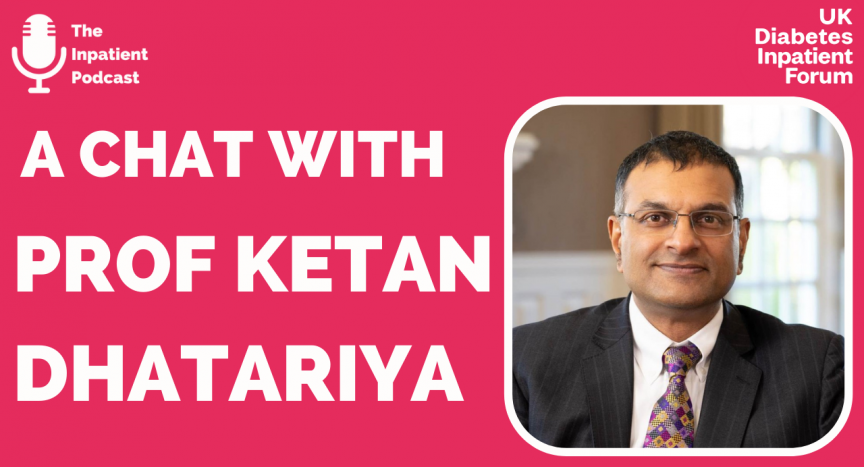 The Chair of the Joint British Diabetes Society (JBDS) for Inpatient Care discusses the common issues facing healthcare professionals in the fourth instalment of The Inpatient Podcast.

During the episode, Professor Ketan Dhatariya, who is also a Consultant in Diabetes and Endocrinology at the Norfolk and Norwich University Hospitals NHS Foundation Trust, speaks about how COVID-19 impacted diabetes inpatient care, both negatively and positively.

He explained: “NHS England data showed that people with type 1 diabetes were less likely to be admitted with diabetic ketoacidosis (DKA), probably because they’re staying at home a bit more and paying a bit more attention to their diabetes, which is great.

He added: “People with newly diagnosed diabetes were also more likely to come into hospital with DKA.”

Another positive outcome mentioned by Professor Dhatariya was that “the number of people who have had amputations decreased, revascularisations went down and the utilisation of services went down”.

Professor Dhatariya also touches on how diabetes doctors are seen as “generalists” rather than “specialists” and how becoming specialists would help decrease hospital stays for people with the condition.

He said: “I strongly believe that we as diabetes teams ought to be seen as specialists and do much less general medicine.

“This way, we can help liberate beds and use our expertise in what we want to do, which is inpatient diabetes.”

Professor Dhatariya also opens up about his career in diabetes and the main priorities for improving diabetes care in hospitals, including the implementation of improved guidelines, better access to healthcare and highlighting the importance of prevention and aggressive intervention.

The consultant also shares details about his current plans, which includes working on updating JBDS guidelines to improve the consistency of care in hospitals nationwide.

Listen to this episode of ‘The Inpatient Podcast’ here.