The de facto end boss of any high stakes poker tournament, Australian poker pro Michael Addamo continues to travel the world and put his peers in incredibly tough spots. Playing in the Triton Poker Series in Malta, Addamo showed no fear getting after it against fellow professional poker player Chris Brewer. Leaving Brewer truly perplexed by the river, did Addamo do enough to get one past his opponent?

Playing six-handed early in the tournament, it folded around to Addamo on the button who looked down at 4♠-3♠. Liking his low-suited connectors, Addamo raised 3,000. Holding pocket queens in the small blind, Brewer three-bet large for 19,000. Showing no fear, Addamo made the call.

While Brewer’s three-bet size may have seemed large, facing an opponent like Addamo out of position, this sizing is actually ideal. By betting such a large size, not only was Brewer okay if Addamo had folded, but if Addamo called, Brewer would have cut off the implied odds for suited connectors and unpaired hands Addamo may be raising with.

While Addamo likes to battle, he is better off folding 4♠-3♠ when Brewer three-bets him. Addamo may be able to outplay anyone post-flop, but for most players, it is better to not get too loose with such low-suited connectors!

Holding an overpair, Brewer led out with a 10,000 bet. Having a flush draw as well as runner-runner straight potential, Addamo executed a 30,000 raise. Not going anywhere with queens, Brewer made the call.

Despite the paired board not being favorable for Brewer, his small continuation bet was perfectly standard adhering to a GTO strategy.

With his flopped flush draw, Addamo had two viable options, calling to see the turn, or raising to apply pressure to Brewer. Raising may seem risky as a three-bet from Brewer would have been disastrous, but Addamo didn’t have to worry about a three-bet considering Brewer’s preflop range. Three-betting preflop from the small blind, Brewer had almost no tens in his range, and considering the hands Addamo was capable of having, Brewer had more cause for concern on the paired board.

Committing to the 30,000 raise, Addamo masterfully applied pressure to Brewer’s overpair. Still holding a viable hand but not wanting to raise into trips, Brewer’s call was straightforward and standard. 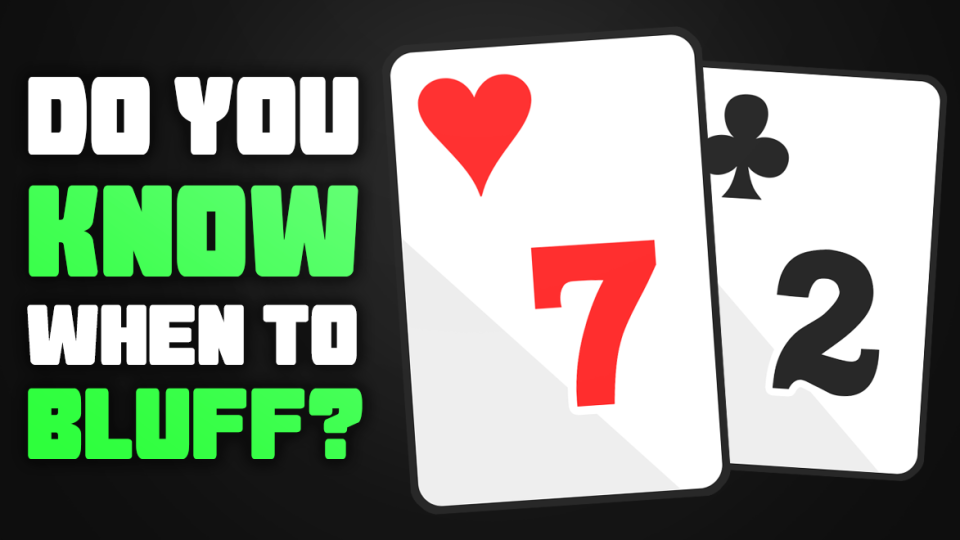 Are your opponents scared of your raises? Take the test that tells you

With his overpair still ahead, Brewer checked to Addamo. Not letting up on the aggression, Addamo fired out a 32,000 bet, which Brewer called.

While the 8♦ was mostly inconsequential, it did block Addamo from having some 10-8 combos he may have decided to get splashy with.

Even though he had the option of checking and potentially hitting his flush on the river, Addamo made the right decision to keep bluffing. Not only did Addamo have all of the tens in his range, but there was practically zero chance Brewer would raise him. Additionally, Addamo could have forced Brewer to fold, which would have provided him a sizeable pot worth 132 big blinds.

If Addamo had a higher equity flush draw like A♠-J♠, checking would have been preferred as he would rather see the free card on the river, but with his lower equity draws, he is far better off continuing the bluff.

Addamo Goes For It On The River

Although the A♥ didn’t improve either player, it did bring an overcard to Brewer’s pocket queens. Wanting to see what the Aussie would do first, Brewer checked it over to Addamo. Realizing he only had one path to victory with four-high, Addamo went for the gigantic bluff moving all-in.

Playing for a giant pot that had gotten even bigger, Brewer was in an extremely tough spot on the river. With the ace on the river, could he even rationalize making the call? While the ace may seem scary, Brewer didn’t have to pay it much mind as it did not connect with Addamo’s range. If Addamo had an ace, he likely would have four-bet preflop, as opposed to calling.

Considering all of the missed draws that were easily in Addamo’s range, Brewer was in a spot where he had to find a crying call, but was he able to pull the trigger?

Contemplating his decision for quite some time, Brewer would grimace mightily as he mucked his pocket queens. Even though we didn’t like Addamo playing 4♠-3♠ preflop, the crusher from down under showed the world why he is truly the best and can outplay even fellow pros post-flop. If you enjoyed this wild hand, be sure to check out our previous analysis article featuring Shannon Shorr, who did the unthinkable to make his own river decision.