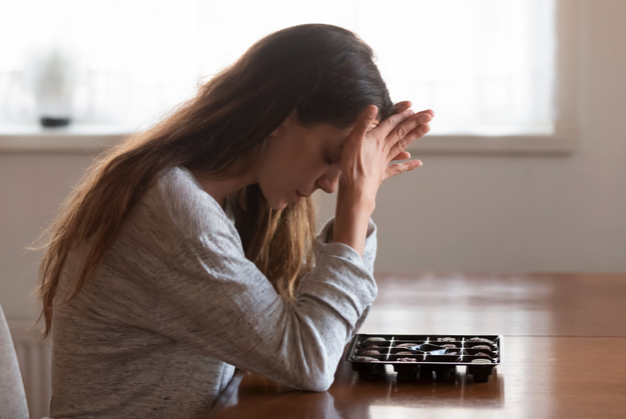 Approximately 400,000 people in the UK live with the autoimmune condition type 1 diabetes.

Of those people, studies show that between eight per cent  and 36 per cent also experience some form of eating disorder, as many as 144,000 people in the UK.

People with type 1 diabetes must administer insulin every day and closely manage their blood glucose levels. However, people with T1DE often avoid or restrict administering their insulin, as a means to lose weight.

As shown through the recent Coronation Street storyline involving the character, Summer, this can be life-threatening and puts them at risk of multiple health complications, including problems with the heart and blood vessels, kidneys, eyes, nerves, gums and feet.

Severe insulin restriction can also result in a condition called Diabetic Ketoacidosis (DKA), where the body is forced to break down fat for energy, becoming dangerously acidic if left unchecked. This can require emergency hospitalisation. In severe cases, T1DE can be fatal.

As type 1 diabetes and food are intrinsically linked, with people often counting carbohydrates, reading food labels and having a detailed awareness of the role of food in their body, living with type 1 diabetes can put people at heightened risk of developing an eating disorder.

Yet T1DE is a largely unique and misunderstood condition because the symptoms often hold few similarities to other eating disorders. Symptoms can include an increase in average blood glucose or erratic levels, frequent episodes of DKA and insulin restriction, which are all largely unique to living with type 1 diabetes.

Whilst people with other eating disorders such as anorexia can often experience a drastic weight reduction and low BMI, many people with T1DE remain in a “healthy” BMI range despite being severely unwell. Consequently many people are not recognised as living with T1DE until they are hospitalised through DKA or experience problems with their health later in life. This means there could be countless other people with T1DE who are not formally diagnosed and receiving the proper treatment.

The inquiry will be hearing from experts in academia, the NHS, the charity sector and most importantly, those who have been personally impacted by T1DE.

Sir George, Vice-Chair of the All-Party Parliamentary Group for Diabetes, said: “We see this as an important step towards better understanding this serious condition and, we hope, to make suggestions as to how those experiencing it can be helped more effectively.”

Former UK Prime Minister Theresa May, who was diagnosed with type 1 diabetes in 2012, said: “Living with diabetes doesn’t change what you can do but it does take some adjusting to.

“For those with T1DE, it must be particularly challenging which is why we need to raise awareness of the issue; better understand the causes and help identify all those who might be struggling with this very difficult and upsetting condition.”

Several evidence sessions will take place throughout the summer, to set out ambitious recommendations to ensure the NHS and healthcare system is better equipped to tackle the complexities of living with type 1 diabetes and an eating disorder.

Giving evidence in this inquiry is Bournemouth University PhD student Ariella Thompson, who said: “As someone living with type 1 diabetes, who has struggled with disordered eating, and who also researches in this area, I’m intimately aware of how difficult living with T1DE can be.

“My aim in talking about my experiences has always been to help other people who might be struggling.”

She added: “I’m pleased to provide evidence to this inquiry which provides an important opportunity to increase understanding of a complicated and life-threatening condition at the highest levels.

“Ultimately, I hope this inquiry can lead to improved outcomes for the people with T1DE who need it most.”