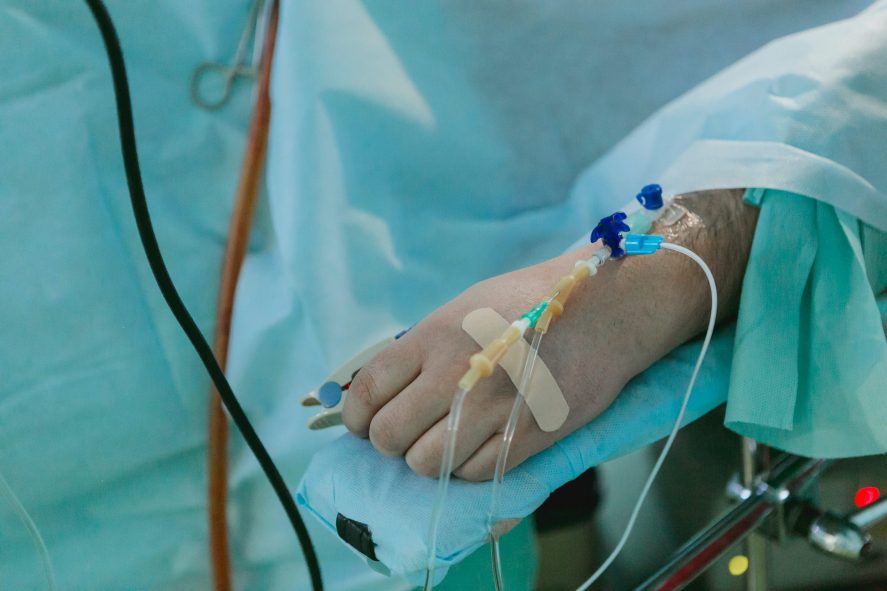 The most common reasons why people with type 2 diabetes are admitted to hospital with greater frequency than the general population are changing, new research shows.

Hospitalisations for traditional diabetes complications are now being accompanied by admissions for a diverse range of lesser-known complications including infections, mental health disorders and gastrointestinal conditions, according to an analysis of national data from Australia spanning seven years.

The findings are being presented at this year’s European Association for the Study of Diabetes (EASD) Annual Meeting in Stockholm, Sweden between September 19 and 23.

Top author Dr Dee Tomic said: “Although traditional complications such as heart failure and cellulitis remain a substantial burden for people with type 2 diabetes, infections less commonly linked with diabetes and mental health disorders are emerging as leading causes of hospital admissions and have substantial burdens that sometimes exceed the top-ranked well-known complication.”

“The emergence of non-traditional diabetes complications reflects improvements in diabetes management and people with diabetes living longer, making them susceptible to a broader range of complications.”

She added: “Increasing hospitalisations for mental health disorders as well as infections like sepsis and pneumonia will place extra burden on healthcare systems and may need to be reflected in changes to diabetes management to better prevent and treat these conditions.”

Rates of traditional type 2 diabetes complications — including heart attack, stroke and amputations — have fallen substantially over the past 20 years in many high-income countries.

This drop has been driven by improvements in risk factors (eg, blood pressure, cholesterol, smoking, and blood sugar control) and better preventive care and management.

In England, classic complications accounted for more than half of hospitalisations in people with diabetes in 2003, but for less than a third in 2018.

Examining reasons for hospitalisation at the population level can help identify emerging diabetes complications and increase our understanding of the burden of serious illness.

However, little is known about the individual-diagnosis level reasons for hospitalisation among people with diabetes across all diagnostic categories.

To find out more, researchers analysed data from around 50 per cent of Australians diagnosed with type 2 diabetes from the Australian Diabetes Registry (the National Diabetes Services Scheme; NDSS).

In total, 456,265 individuals (aged 15 years and older) with type 2 diabetes registered on the NDSS between 2010 and 2017 were linked with hospital data and compared to over 19 million Australians aged 15 and above.

Diabetes complications were divided into three categories. These included:

Overall, the analyses found that people with type 2 diabetes are at greater risk of being hospitalised with most medical conditions compared to the general population.

High rates of excess hospitalisation were also noted for lesser-known complications including depression (256 per 100,000), gastrointestinal disorders (237 per 100,000) and asthma (192 per 100,000) — with hospitalisations for asthma more than twice as likely amongst women with type 2 diabetes compared to the general population.

Fellow author Professor Dianna Magliano said: “The much greater risk for most mental health diagnoses in the diabetes population reinforces the evidence for mental health disorders as an emerging complication of type 2 diabetes.

“The unexpected finding of a large burden of anaemia in both men and women with type 2 diabetes suggests the possibility of a biological link between diabetes and iron deficiency.”

She added: “To look at this and other novel findings in more detail, we must conduct further analyses as diabetes registries become more common to understand the effects of diabetes on all organs to guide prevention and management strategies.”

The authors acknowledge that their findings show observational associations rather than cause and effect.

They also note some limitations, including that the study included people from one high-income country with a predominantly white Caucasian population, so the findings cannot be generalised to low- and middle-income countries.

Additionally, they were unable to exclude people with diabetes from the general population, so the strength of the associations might be reduced compared to an analysis of people with versus without diabetes.

Photo by Olga Kononenko on Unsplash